David Beckham took the field on Saturday night as the Galaxy faced off against Barcelona. David scored a goal, but it wasn't enough to lead his team to victory in the friendly match. Regardless of who came out on top, the fans won when they were treated to shirtless David for a bit. He's still being booed by many in the crowd mad about his time in Europe with AC Milan, but David may have a new foe to contend with — Shaq challenged him to a soccer shootout, though David apparently doesn't plan to accept. 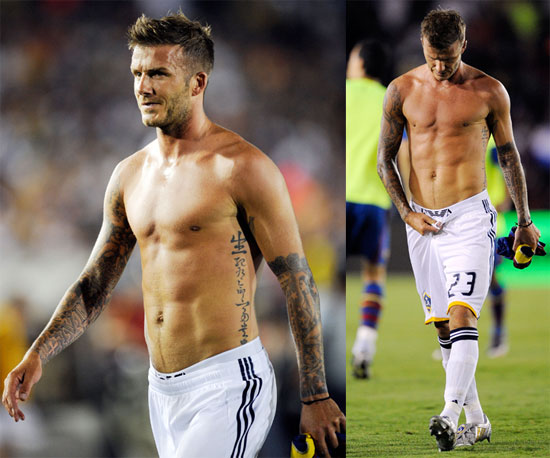 Sports
Somehow, J.J. Watt in an Ice Bath Perfectly Personifies How I Feel About the Last Year
by Maggie Ryan 21 hours ago

Unstoppable
Women's Sports Lack Coverage, So Alex Morgan and 3 Other Athletes Started Their Own Company
by Samantha Brodsky 3 days ago