David Beckham gave fans who braved the rain quite an eyeful during yesterday's game against Juventus FC in Turin, Italy. Partway through the match, Becks had to change shorts and didn't bother to leave the field to do so. It's nothing we haven't seen before in all his steamy Armani ads, but still, no complaints here. At the end of the match, David stripped down to display that shirtless body we love so much — though he didn't have much luck against the other favorite abs of 2009. Meanwhile, Posh is taking care of the boys in LA — we also just got the first look at her guest spot on American Idol — before she starts racking up all her intercontinental frequent flier miles. 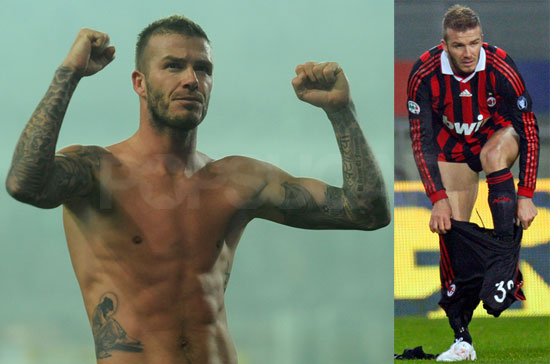 More photos of David disrobing on the field if you just read more.