David Beckham was decked out in denim yesterday as he arrived at LAX. He put on his backpack and made his way toward his flight to London, where he landed this morning. He's off on another trip after recently traveling to Seattle for the MLS Finals. David is switching gears from American to European soccer, as he's apparently set to represent the English team at the World Cup draw in Cape Town, South Africa, on Friday along with Charlize Theron. 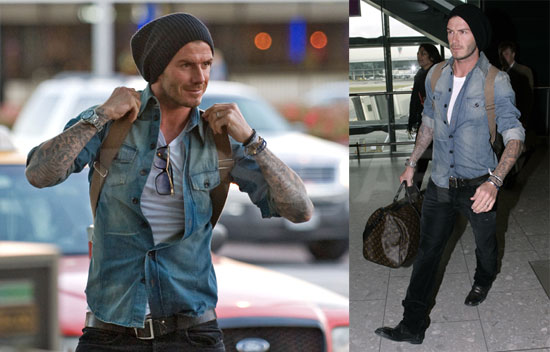