The fourth annual Clinton Global Initiative continued on yesterday with an appearance by Drew Barrymore who cozied up with the former president himself. Drew was there as part of her involvement with the United Nations World Food Programme and despite the other fun we saw her having in NYC this week — making out with Gossip Girl's Ed Westwick — it's clear she's got more on her mind than boys. Now, just wonder if after her big day of doing good and discussing the state of the world at the conference, she celebrated with a night on the town with her younger gentleman friend? 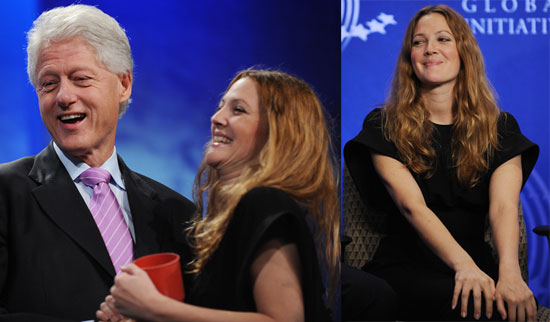 To see more of Drew and Bill just read more.

Drew Barrymore
Drew Barrymore Has Tried It All When It Comes to Hair, but There's 1 Style She's Afraid Of
by Jessica Harrington 4 weeks ago