Drew Barrymore and Justin Long cuddled up on the Long Island set of Going the Distance yesterday afternoon. They were joined for a few scenes by Christina Applegate, whose series Samantha Who? finally aired its finale last week. She still has an Emmy nomination to celebrate her third season, though Christina's comedy is not up against Drew's Grey Gardens and its impressive 17 nods. 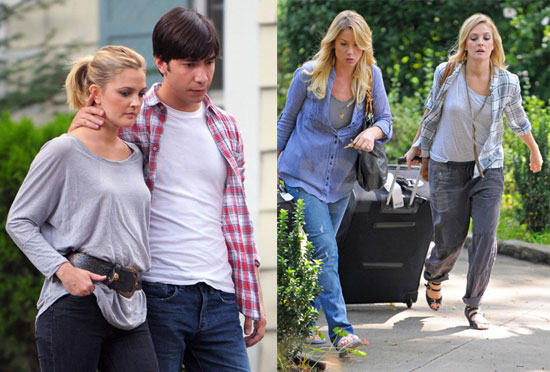