Drew Barrymore looked carefree as she left the Kinara salon in West Hollywood yesterday, maybe because she heard the news Kirsten Dunst and Justin Long have supposedly split. That extra bounce in her step could also be from one of the many guys she's been flirting with, but don't expect to see her making out with Ed Westwick again anytime soon. According to a friend, Drew's Chuck Bass smooching was just a joke for the cameras and the actress is more serious about her other twentysomething flings. Guess that means your pick for hottest guy on Gossip Girl is still on the market. 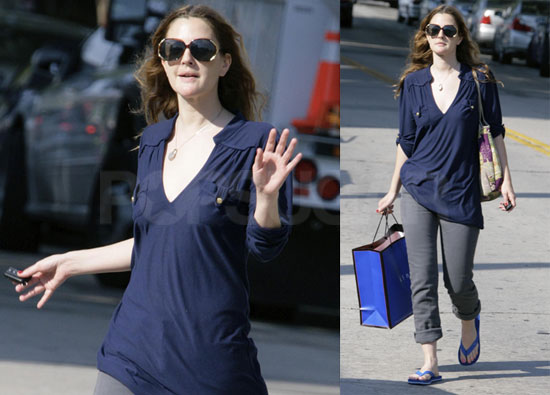 Drew Barrymore
Drew Barrymore Has Such a Pure Reaction to SNL's Spoof of Her Show: "The Greatest Thing"
by Karenna Meredith 2 weeks ago