Drew Barrymore told the truth through her shirt yesterday as she arrived at her LA offices. In fact, Justin Long is off in France at the Cannes Film Festival and Drew's taking advantage of his absence to concentrate on work. When he returns home, Drew apparently has a lot to look forward to — Justin recently opened up about what a great partner he is. He said, "I hate to brag, but I'm pretty damn good in terms of loyalty and just being there." He's not by her side right now, but once his fun in France ends, they'll probably be back together in California. 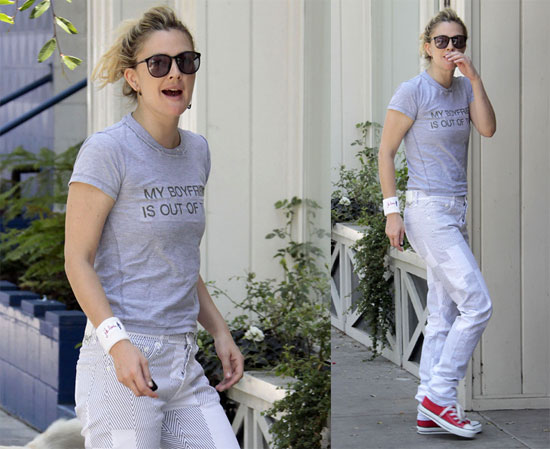 Drew Barrymore
Drew Barrymore Has Such a Pure Reaction to SNL's Spoof of Her Show: "The Greatest Thing"
by Karenna Meredith 10/04