Drew Barrymore hit the streets of LA yesterday to protest the California Supreme Court's decision to uphold Proposition 8. She took the stage at a rally, saying, "I am who I am because of the people who influenced me growing up, and many of them were gay. No one has any right to tell anyone what makes a family . . . You choose your battles in this world . . . this is something that means everything to me." It's obviously a cause close to Drew's heart, and she was joined for the afternoon of activism by fellow celebs like Pete Wentz, Emmy Rossum, and Kelly Osbourne. 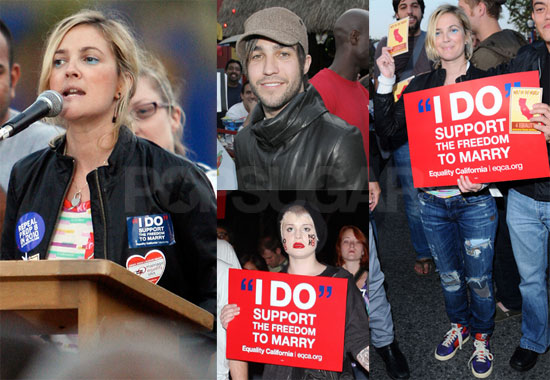 To see more of Drew, as well as Pete, Kelly, and Haylie Duff, just read more.