There was a lot going on with Drew Barrymore's outfit yesterday afternoon as she headed into a studio in LA. Between the one glove and the tie-dyed bra and leggings, it was just the latest expression of Drew's unique style. One accessory she wasn't sporting was her constant companion Justin Long, as they've apparently been trying to keep things low-key recently. She's still finishing up production on her directorial debut Whip It!, which hopefully will be yet another success for Drew after her work in the well-received Grey Gardens. 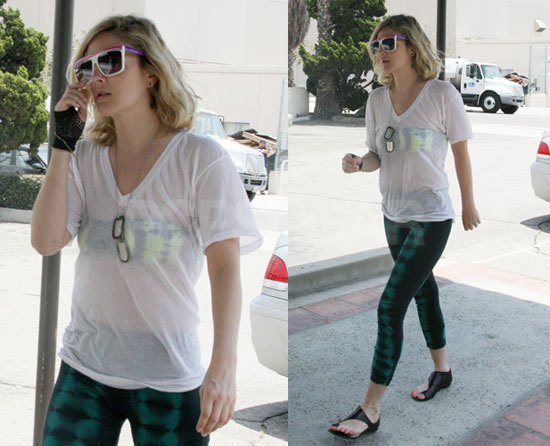