Even though some of his Eclipse costars like Rob and Kristen have left Canada for California, Xavier Samuel was still up in rainy Vancouver yesterday afternoon. It seemed like he was taking care of some last-minute business, as he ran errands and hit the mailbox. It wasn't all chores, though, as Xavier stopped to chat and pose for a photo with a local Twilight fan. Since Xavier's character is a new addition to the third film in the series, he'll likely be sitting out most of the upcoming New Moon promotion, but we'll have lots to see from his busy costars. 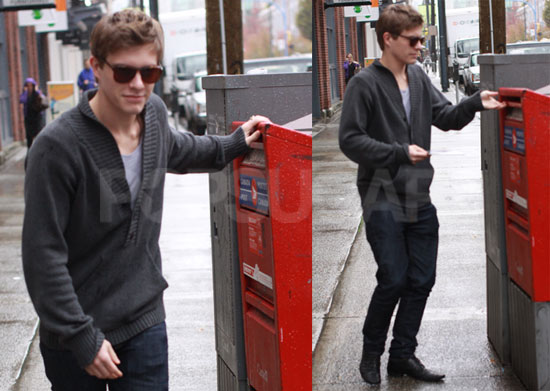