Emile Hirsch showed off some bike tricks and gave his girlfriend a few pointers after a lunch date at the Urth Cafe in LA earlier this week. Emile seems to be enjoying his downtime between red carpets, but Milk's award season is far from over. On Sunday he'll get to cheer for his film at the SAG awards, which should be a nice warm-up for the Oscars where the movie has picked up quite a few nominations. 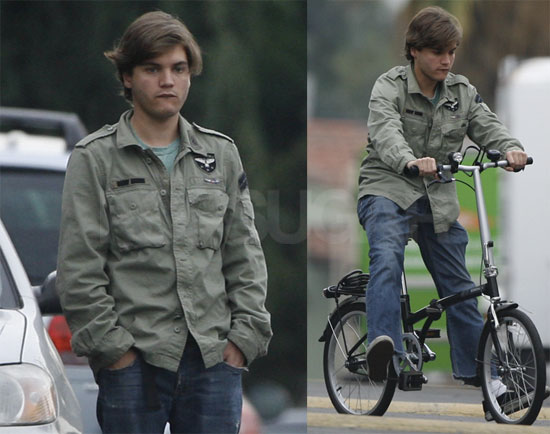 To see more of Emile and his lady just read more.

Emile Hirsch
Around The Web