George Clooney had Ewan McGregor by his side earlier today at the Venice Film Festival. The duo is in Italy to promote The Men Who Stare at Goats, and this morning they were up and out for a photo call. George arrived ahead of his press obligations this weekend, so that he had a little time to tour the city with his new lady friend, Elisabetta. He's becoming a regular at the festival, following his appearance in 2007 and last year's photo ops with Brad Pitt. 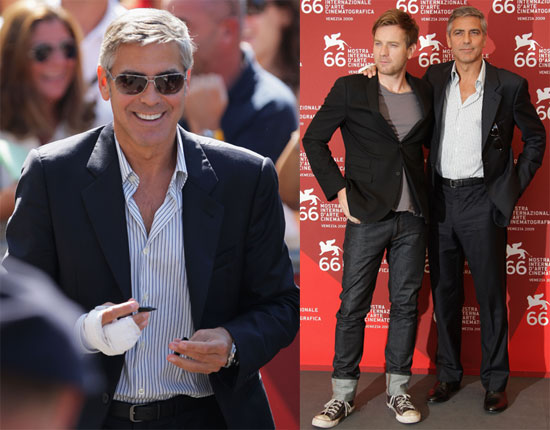 To see more of George and Ewan, just read more.