George Clooney went casual earlier today for a boat ride in Venice. He's been one of the main attractions at the city's film festival, with a photo call alongside Ewan McGregor and last night's big premiere of The Men Who Stare at Goats with his Summer love, Elisabetta. It's been an interesting few days for George, made more so after he was propositioned by an underwear-clad male stripper yesterday at a press conference. It was George's turn to make a scene last night when a technical problem interrupted his screening, and he distracted the crowd by performing a rendition of the song "O Sole Mio." 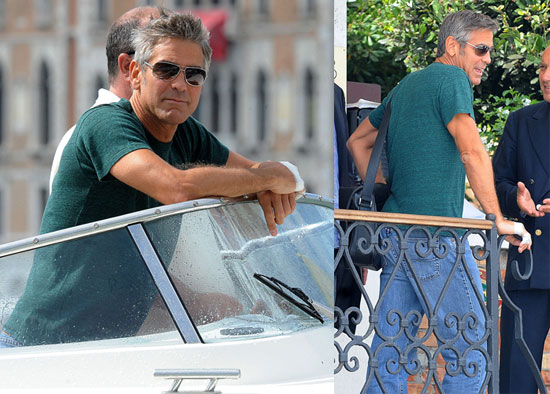