George Clooney and Elisabetta Canalis showed a hint of PDA this evening as they strutted down the red carpet at the London premiere of The Men Who Stare at Goats. It's their second day in a row of glamorous events, after stepping out for a screening of The Fantastic Mr. Fox last night. George has a packed schedule between his photo calls and press conferences for the two films he's promoting at the BFI Film Festival, but he perhaps seems happiest when his statuesque girlfriend is right by his side. 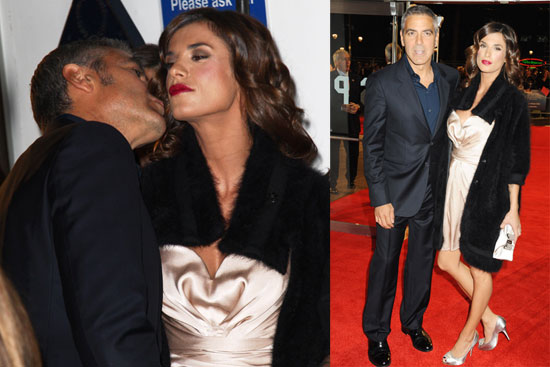 For more photos from the premiere, just read more.