George Clooney was back on the set of Men Who Stare at Goats but this time he's not shirtless in Puerto Rico, he's in army fatigues in Albuquerque. He's still sporting the stache that many of you think Brad is more attractive with and this time George adds even more hair to the mix with a wig. He may be one of the hottest eligible bachelors but he still might not get sexy in his old scrubs. Same goes for his old co-star, Julianna Margulies who confirmed she won't return to ER. 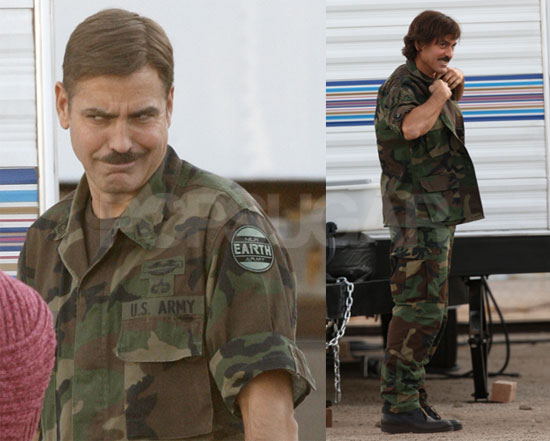 George Clooney
Around The Web