In case you were still skeptical about George Clooney's return to ER, here's some photo proof for you. He suited up in his scrubs and badge yesterday to film his upcoming appearance on the show. It's been 10 years since we've seen George as hot Dr. Ross, but he still looked handsome as ever on his way back to the hospital. Most of you said you'd be tuning in when George makes his return, and we're sure the show will get plenty of ratings love for its most famous original cast member. 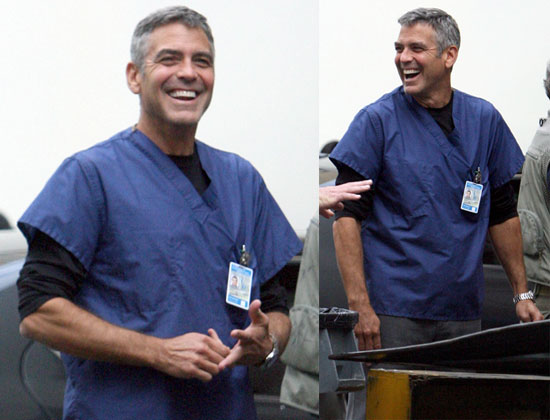 George ClooneyEye Candy
Around The Web

Kim Kardashian
How Did Kanye West Not Faint While Taking These Bikini Photos of Kim Kardashian?
by Brea Cubit 5 days ago

Oscars
Am I the Only Person Who Totally Melted Watching Oscar Isaac's Red Carpet Moment?
by Murphy Moroney 1 week ago