The ladies weren't the only ones shining on last night's red carpet at the Golden Globes — the men held their own and looked dapper in black tie attire. George Clooney was in a tux alongside his frequent award show companion Elisabetta Canalis, as New Moon hunk Taylor Lautner arrived solo. Justin Bartha and Bradley Cooper starred together in The Hangover, but they posed for photos alone before heading inside to meet up at their table. 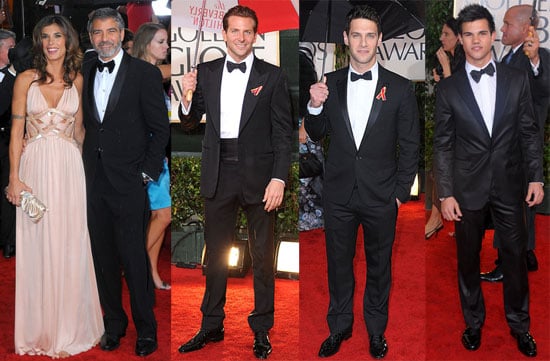 George wasn't the only one with a lady on his arm, as nominee Tobey Maguire posed for photos with his wife Jennifer Meyer. Jon Hamm brought his longtime love Jennifer Westfeldt, though it was hard to focus on much else besides the beard he says he grew out of laziness. His fellow TV stars Matthew Morrison of Glee and Gossip Girl's Chace Crawford also made their way down in front of the flashbulbs. The good times continued once the gang gathered again inside the Beverly Hills Hotel — stay tuned for more updates from the big night! 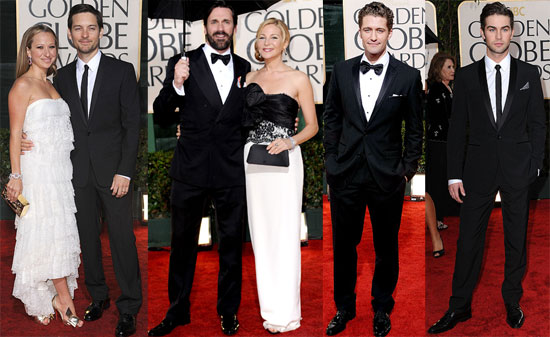