Gerard Butler looked like he was having a good time after a night at Bar DeLuxe in Hollywood earlier this week. He was rolling solo, but the actor isn't short on hot female costars these days. He's all done shooting The Ugly Truth with Katherine Heigl and you can check out the trailer here. He'll have to wait until April to pose with her on the red carpet, but until then he's in talks to star in a comedy with Jennifer Aniston — which would explain all the supposed flirting between these two in the past. 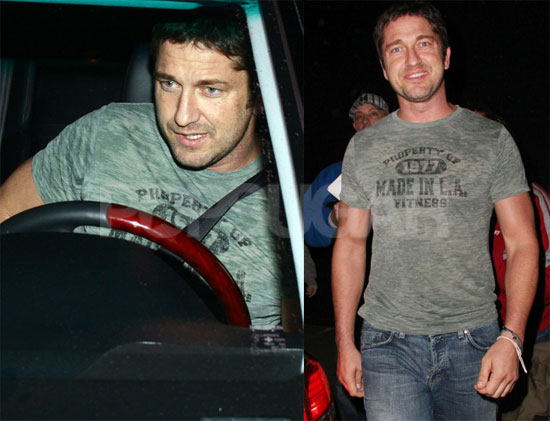 Gerard Butler
Around The Web