Gisele Bundchen tried to stay dry while walking around rainy NYC on Saturday with friends. It was a rare outing in the Big Apple for Gisele, who has been spending most of the last few months in Boston during Tom's football season. Tom's games are well underway, and he was in London over the weekend to prep for yesterday's sold-out match against the Buccaneers at Wembley Stadium. The Patriots ended up bringing home a win, and next up Tom has a bye week to enjoy being back by Gisele's side in Massachusetts before he hits the field. 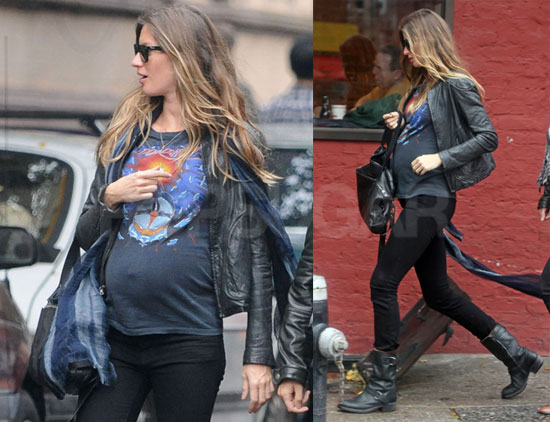 Gal Gadot
Gal Gadot Is Pregnant With Her Third Child: "Here We Go Again"
by Monica Sisavat 4 days ago
Emma Stone
Emma Stone and Dave McCary Were Spotted in LA as They Gear Up For Parenthood
by Karenna Meredith 6 days ago

by Tarah Chieffi 14 hours ago