Guy Ritchie brought Rocco and David to the set of Sherlock Holmes in Liverpool earlier today. Madonna and Guy's divorce will be made official tomorrow after a month of ugly accusations from both sides, and it seems like everything is working out for their kids. Apparently the two will share custody of Rocco and David as the boys split their time between New York and London. Supposedly Guy didn't ask for any of Madonna's money because his priorities were on his sons. The settlement will not be disclosed to the public so we won't know the details, but it looks like the couple is moving on without drawing out the ugliness. 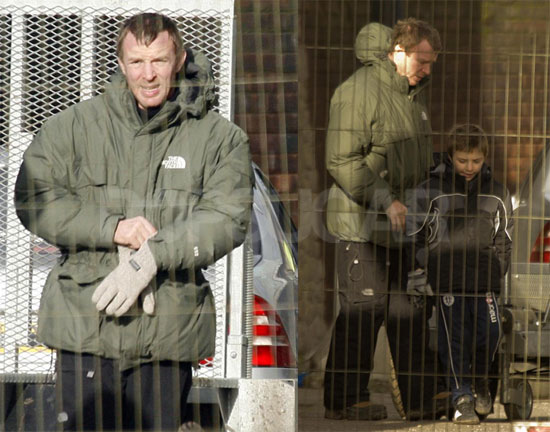 Celebrity Families
Everything We Know About Emma Roberts and Garrett Hedlund's Baby Son, Rhodes
by Alessia Santoro 6 days ago