Gwen Stefani left her Spring 2010 L.A.M.B presentation and headed to Bloomingdale's yesterday to host an autograph signing for Fashion's Night Out — see her look here. The woman who conceived the event, Anna Wintour, stopped by as well, and the two fashion icons laughed and posed as Anna told Gwen about the international praise she's already received for The September Issue. We had the chance to speak to Gwen for an exclusive interview, where she hinted at a new fragrance line and told us No Doubt is hard at work in the studio. Here's more: 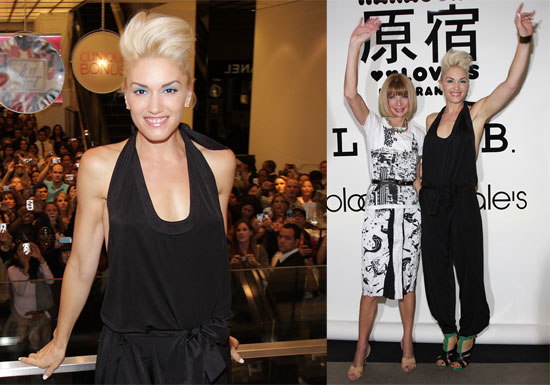 Stay tuned on more from Gwen about choosing her outfits for her tour and a possible new perfume!

Gwen Stefani
Gwen Stefani's First Wedding Dress Was Dip-Dyed Pink — What Will She Surprise Us With Now?
by Sarah Wasilak 4 weeks ago