Gwyneth Paltrow was out in London yesterday, running errands solo, simple in all black to match what may have been a somber day. Apparently, Gwyneth spent the Summer trying to convince her friend and fellow expat Madonna not to file for divorce and instead consider the effect it could have on her three kids. It looks like Madonna ultimately made up her mind on her own, officially announcing her split from Guy yesterday, but we're sure that Gwyneth will be there for her friend nonetheless. 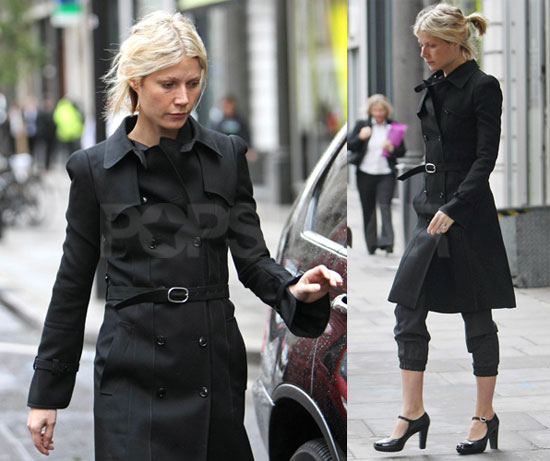