The stars were up early for the Hollywood Reporter's annual Women in Entertainment breakfast this morning in LA. Both Halle Berry and Eva Longoria were back in town after traveling to opposite corners of the country for their various philanthropic causes. Halle was in NYC to raise money for abused women while Eva traveled to Miami to entertain children with cancer. Hilary Swank, meanwhile, just traveled to California after celebrating her Million Dollar Baby director Clint Eastwood at an event back East. The actresses were able to give something back during their get-together, announcing a new plan to spearhead a new mentoring program with Big Brothers Big Sisters. 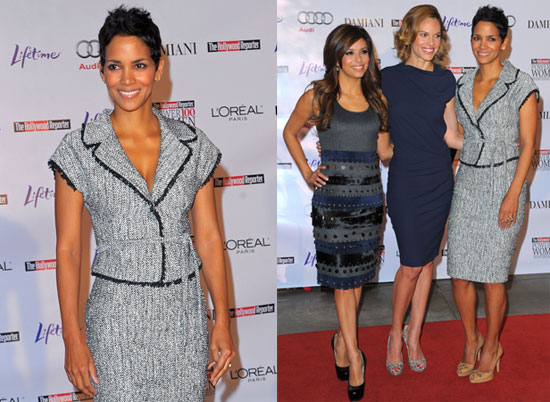 More photos from the Hollywood Reporter Breakfast so read more.