Halle Berry spent another day on the set of Frankie and Alice in Vancouver yesterday before taking baby Nahla back to their hotel. Nahla looked like a little lamb in her fuzzy coat cuddled in mom's arms. It looks like Halle's adding another meaty role to her resume, and she recently talked to Elle magazine about why she often picks emotionally draining films. She said, “When I say yes to a script, it’s because there’s something in that character that I need to exorcise in my life.” She might have a few intense months ahead playing a character with multiple personalities, but coming home to baby Nahla should help melt away the madness. 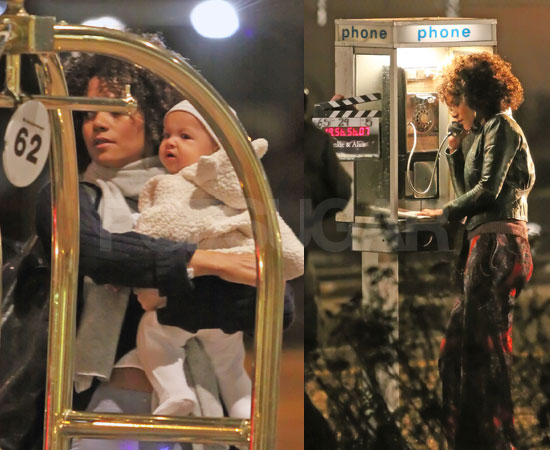 More of Halle and Nahla if you just read more.

Halle BerryCelebrity Kids
Around The Web

Celebrity Families
Everything We Know About Emma Roberts and Garrett Hedlund's Baby Son, Rhodes
by Alessia Santoro 3 days ago

Baby Names
Emma Roberts Welcomed Her Son Late in 2020, and We Love His Unique Name
by Alessia Santoro 3 days ago

Celebrity Instagrams
Emma Roberts Shared Her First Photo of Baby Rhodes, and Their Matching Looks Are Too Cute
by Yerin Kim 4 days ago