Heidi Klum hosted an LG party in LA last night and lots of stars came out to show off their short Spring dresses. Heidi's kept her baby bump well hidden under her LBD, but she glowed as the face of the new fashionable Rumor2. She chatted with Christina Aguilera, who could also celebrate her inclusion on People's 100 Most Beautiful list. High School Musical costars Ashley Tisdale and Vanessa Hudgens smiled together in different shades of blue, and Anna Faris also went with their color scheme. Jennifer Love Hewitt brought Jamie Kennedy as her date, and many other celebs were in the house to ooh and ahh over the latest phone. 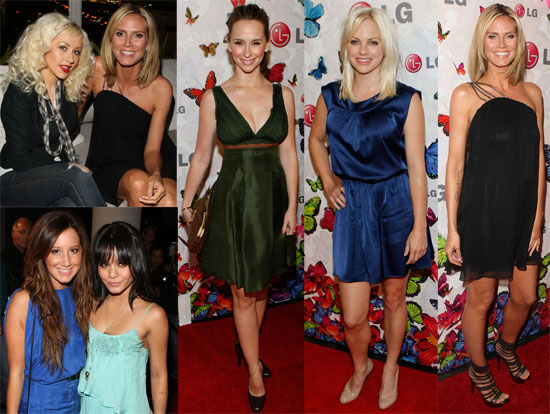 Vanessa Hudgens
The Princess Switch Sequel Is Hitting Netflix in November, So More Royal Cheer Is on the Way
by Brea Cubit 10/09