Heidi and Leni Klum left the boys at home yesterday when they went out shopping at The Grove in LA. The Klum-Samuels have been at home for the past few weeks as Heidi prepared to host the Emmys and also started filming season six of Project Runway in LA. The fate of the season is still up in the air, however, as last week a judge ruled that it had to stay on Bravo instead of moving to Lifetime, but the Weinstein Company has already filed an appeal. There's lots happening with Heidi's series behind the scenes, but tonight's episode is sure to bring some drama on-screen. 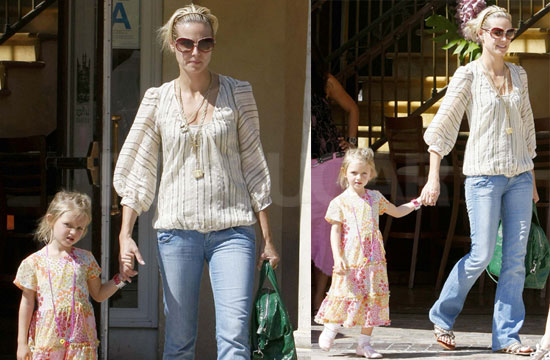 Heidi KlumCelebrity Kids
Around The Web