Jackson Rathbone held an ice pack as he returned to the Eclipse set after a quick trip to the hospital in Vancouver yesterday. He apparently got hurt rehearsing a scene with Kellan Lutz and considering those muscles — that we've gotten to see him working quite hard on — it's no surprise that Mr. Lutz has the ability to cause some damage. Nikki Reed and Elizabeth Reaser were also on set and around to help nurse him back to health. Eclipse involves a lot of fight scenes and most of the cast is going to have to get pretty rough and tumble between the more sensitive moments that have all the rest of us swooning. 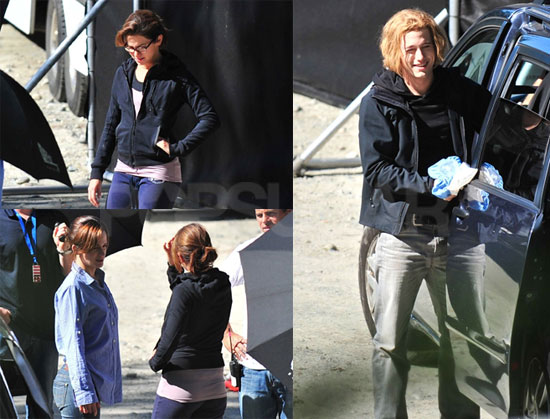