Lauren Conrad and Whitney Port hit the red carpet at last night's VH1 Divas Live, and they were still in their glitzy dresses for the afterparty. We chatted with LC about her plans to bring her book, LA Candy, to the big screen, and she said, "I can't talk about it right now . . . but the books are going really well — I just finished the second book. I'm actually working on outlining the third right now. It's moving along!" Meanwhile, Whitney Port weighed in on what inspired her first runway show at Fashion Week. Paula Abdul was fashionably late after hosting the show — click here to see the video — sweeping into the bash with a large entourage before heading off to bust a move in the VIP area. 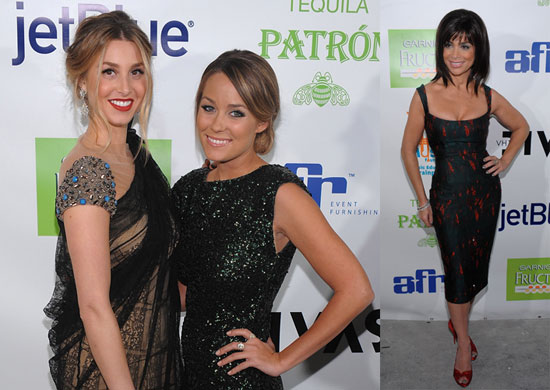 For more photos of the afterparty, including Paula with the cast of Fame, just read more.