Ashlee Simpson and Ashton Kutcher both took the stage at the CW TCA press day in Pasadena this morning to promote their new projects. Ashlee was in the middle of her Melrose Place costars while Ashton fielded questions about executive producing The Beautiful Life. The cast of Vampire Diaries also introduced their hot new show, which of course meant questions about Robert Pattinson and check out more details on Buzz. With Ashton, the question on everyone's mind was Mischa, and he assured everyone that she has not been recast or missed a day of work. 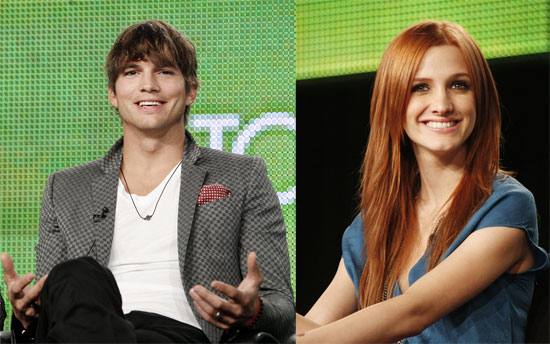 To see quotes from Ashton on Mischa as well as what Ashlee had to say about her character and Bronx just read more.