Isla Fisher tried to stay warm in chilly Scotland Friday morning as she filmed Burke and Hare with Simon Pegg and Ronnie Corbett at Edinburgh Castle. She's currently logging time with these two, but her no. one funny man, Sacha Baron Cohen, is off gearing up to present next week at the Oscars alongside Steve Carell, Tina Fey and Ben Stiller. Isla, Simon and Ronnie are working now with John Landis, who famously directed Michael Jackson's Thriller. This project might be a little darker than some of her other big roles, but she'll be back in top romantic comedy form with her just-announced role in Kiss and Tell. 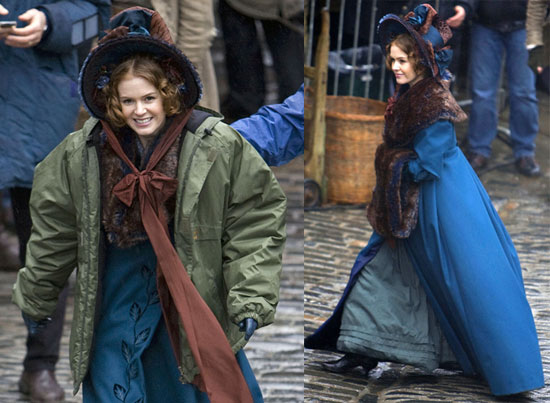 To see more photos from the set, just read more.