While Ava and Deacon were busy celebrating Thanksgiving with Ryan Phillippe this year, Reese Witherspoon was in London to promote Four Christmases and spend the holiday with her man Jake. The couple you were most interested in spending the holiday with headed to a party thrown by Richard Rogers, and included other celebrities like Gwyneth Paltrow and Salman Rushdie. On Saturday Reese found time to do some shopping, though she recently admitted that her holiday spirit is on hold until she's done promoting her film. She said, "I'm just not getting into the spirit of it. After I get done with this tour I'm going to definitely start doing the Christmas shopping, the whole thing." At least all of her hard work is paying off — the romantic comedy took top honors at the box office on its opening weekend. 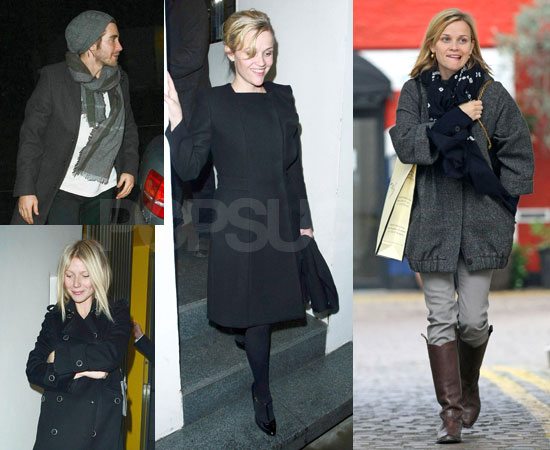 For more images of Jake, Gwyneth and Reese in London just read more.