James Franco was up bright and early in NYC on Wednesday morning and we have a feeling that big smile lasted all the way through Thursday when the Golden Globe Nominations were announced. While his movie Milk didn't do as well as expected, James nabbed a best actor nod for Pineapple Express. James was up late the night before working on a student film for grad school and admits the nomination was a little surprising. Of course, there are no complaints from him — or from us about a chance to see James out on the red carpet come January. 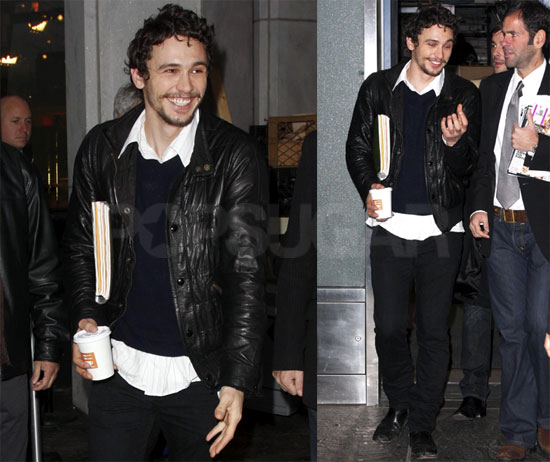