Jon Hamm and January Jones were on the small screen together last night for the amazing Mad Men season finale, but they were off on separate voyages over the weekend. He grabbed a coffee Friday shortly after arriving at the airport in Vancouver, where he's set to work on Sucker Punch after filming The Town in Boston with Ben Affleck. January, meanwhile, kept her sexy cover girl look under wraps as she walked her dog before catching a flight from LAX yesterday afternoon. We'll soon see January leave Betty Draper behind when she tries on lots of new characters as the host of SNL next Saturday. 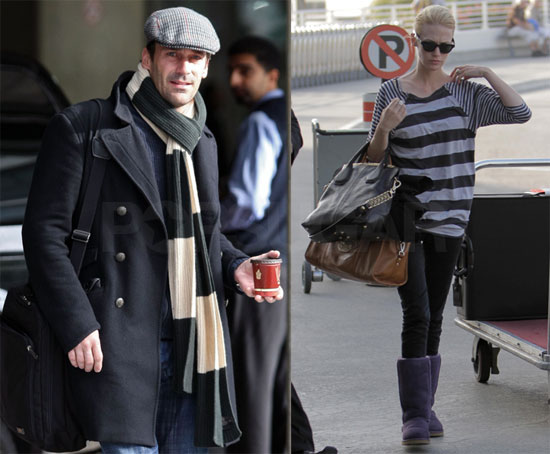 To see more of January and Jon, just read more.