The cast of Mad Men was out in LA last night to premiere their third season, which starts on Aug. 16. Jon Hamm looked dapper in his Tom Ford suit posing with costar John Slattery, as January Jones smiled in blue and Christina Hendricks struck a pose solo. On the carpet, Jon opened up about how even he succumbs to modern-day advertising, while geek has a few tips for how she'd wire his character. Elisabeth Moss brought along her fiance Fred Armisen, while everyone looked excited to kick off Mad Men mania again. 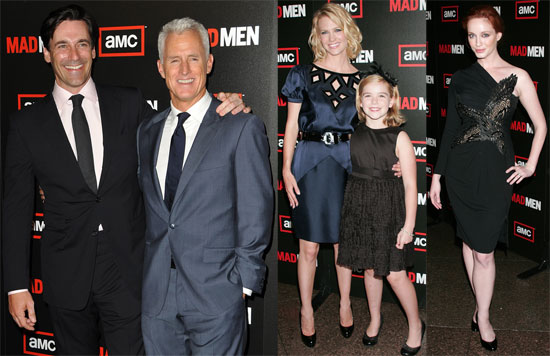