Jay-Z flashed a big smile as he left Katsuya last night after arriving at LAX. He spent the weekend in London to promote the New Jersey Nets, but apparently Jay's services are too steep these days. He couldn't score a gig at any clubs due to his high appearance fee, even after he lowered his asking price. Even if he's not getting any love overseas, Jay kicks off a stateside tour tomorrow at the Hollywood Palladium and he'll be joined by a very special guest. DJ AM will return to the stage for the first time since his plane crash, and from there will join Jay-Z for some of the dates on the tour. 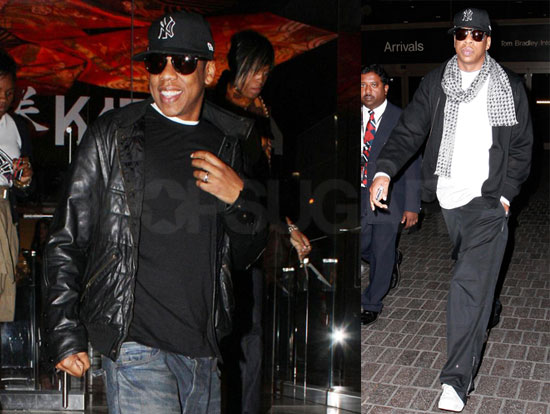 Jay ZDJ AM
Around The Web