Owen Wilson got to walk Jennifer Aniston down the red carpet in her hot LBD, but it was John Mayer who got to take her home after the premiere of Marley & Me last night. Though he was out to play supportive boyfriend along with friends like Courteney Cox, the media had plenty of questions for John. The hot topic of the night was Jen's sexy GQ spread, and John joked, "I mean, if I have a problem with that cover, I should just get the hell out of here. No, don't make me hold it — you're pimping me out! Because when I touch it, angels die." When asked about the cover herself, Jen said that she "wasn't trying to make a statement," but it sounds like her photos had a pretty big effect on her man of choice. 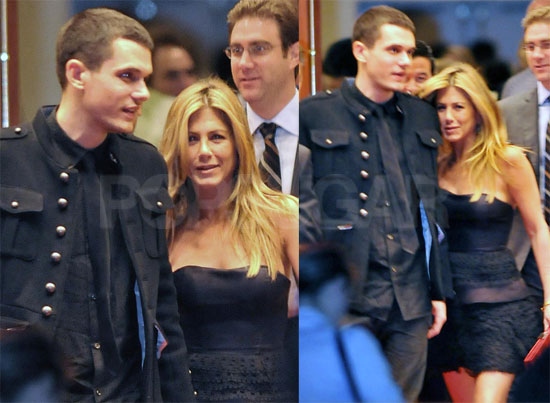