Despite rumors that Graydon Carter was scaling things back for this year's Vanity Fair Oscars party, the soiree was as A-List as ever at its new venue the Sunset Towers. Jennifer Aniston could relax after her presenting duties, and when she and John Mayer hit the party, they couldn't keep their hands off each other. The couple cuddled up every chance they got, and he twittered a sweet message about her. Salma Hayek hugged her friend Penelope Cruz to celebrate her Supporting Actress win. Elsewhere, Jessica Alba and Kate Bosworth caught up with presenter Halle Berry to smile for the cameras, while Jake Gyllenhaal shared a moment with Reese Witherspoon. 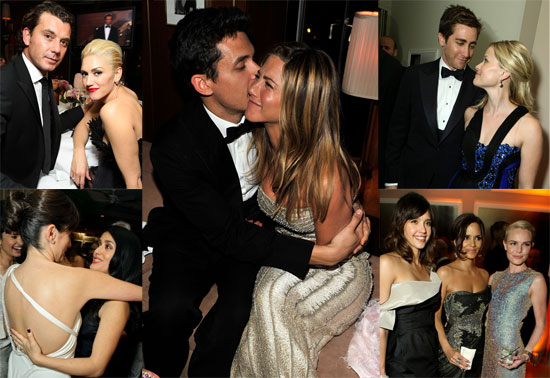 The fans let loose quite the screams when Kate Winslet, the star of the night, hit the red carpet with her Oscar in hand. Once inside the party she shared it with fellow nominee Meryl Streep just a bit. Madonna had her own party to host with Demi Moore, but she also stopped by VF, where she showed off her toned arms. Apparently even Captain Sully made a surprise appearance at the bash, which may have been smaller than usual but didn't lack in the glamour department. 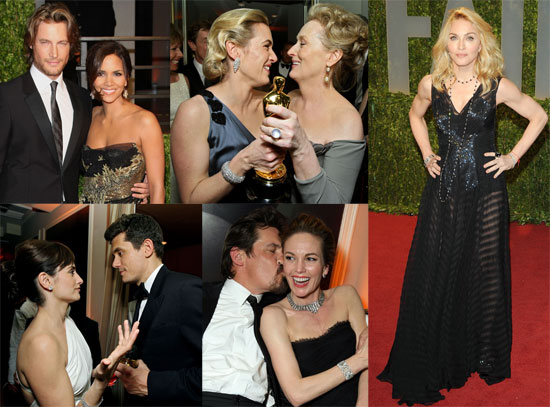