Jennifer Aniston was in business mode with her glasses on as she stopped by an office in LA on Friday. She's had her hands full with work lately as she keeps right on promoting Marley & Me, and her latest interview with NY Times Magazine was released over the weekend. Here are more highlights where Jen weighs in on her geeky side: 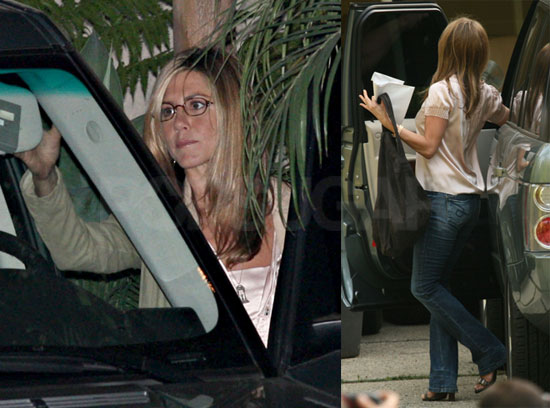 To see more photos and hear what Jen has to say about Facebook, just read more.

Jen has a good sense of humor about herself, and if she ever needs help with technology, we have an idea of who she could turn to.

Jennifer Aniston
Around The Web