Jennifer Aniston grinned as she left one of her regular spots, Sunset Tower, in LA last night. She's been working hard to plug her new film with Aaron Eckhart, Love Happens, which also made Buzz's list of Fall romances to watch. The story has Jen's character falling in love with a self-help author and the actress opened up in an interview about her feelings on advice books and more. Here are some highlights: 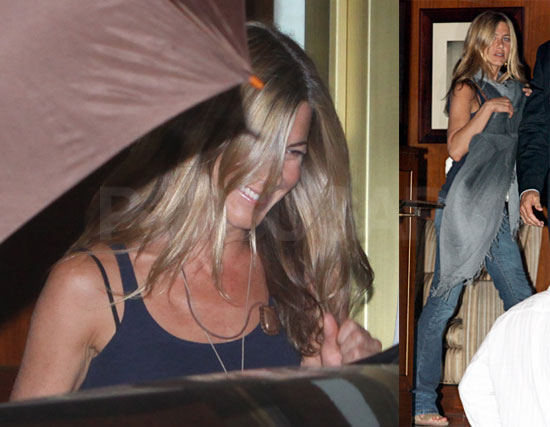