Three generations shopped together yesterday as Jessica Alba hit up Bel Bambini in LA with her mother and Honor. Earlier in the week, Jessica made a quick trip to Chicago where she was spotted filming Little Fockers with Ben Stiller. Her new red hair was rumored to be for a film, but apparently it was short-lived since it is toned down already. Back home in California, Grandma kept a watchful eye on Honor who continued to test out her solo walking abilities while Jessica picked out a few items. From there, it was time for a girls' only lunch at Fred Segal to satisfy the appetite they all worked up shopping. 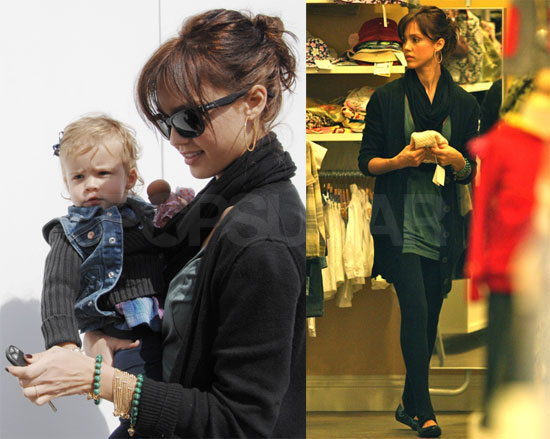 To see more of Jessica and Honor, just read more.