Jessica Alba headed out of a hair salon in LA with a friend yesterday, showing off her new red locks. The actress has returned to the West Coast after hitting up the political events in NYC last week. While there, Jessica announced her participation in 1GOAL, a new campaign to bring education to all children of South Africa as part of the 2010 World Cup. She says she hopes to bring Honor with her to Africa next year to show the already multicultural and bilingual toddler another part of the world. 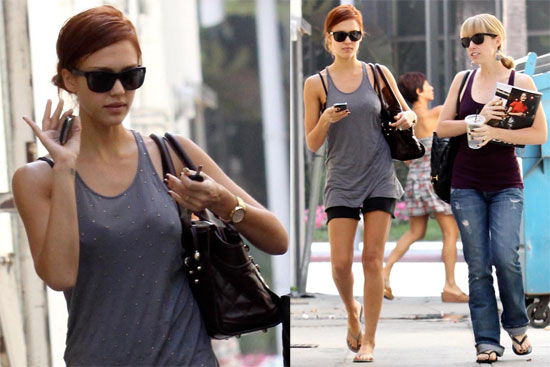 Jessica Alba
If There Were a "Best Dressed on TikTok" Award, Jessica Alba Would Definitely Win It
by Victoria Messina 6/15/20