Jessica Simpson met up with Ken Paves for dinner at Vino restaurant in Encino, CA, last night. It's been a rough week for Jessica, who called off the search for Daisy after her beloved dog was taken by a coyote. Many of you felt the timing of Martha Stewart's comments blaming Jessica were a little harsh, but it looks like the singer is trying to move on with the help of her friends. Yesterday she also twittered support for the Dallas Cowboys, so it sounds like Jess isn't letting her split from QB Tony Romo stop her from cheering on her hometown team, although they ended up losing to the Giants. 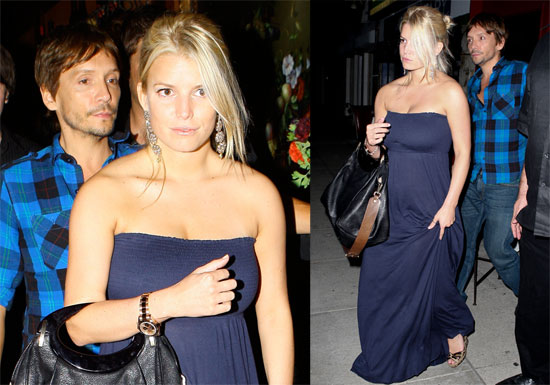