John Mayer actually looked like end of the week Manjoyment as he stepped out after a workout at Equinox gym in SoHo in NYC yesterday and later out of his apartment. A few days ago, there were rumors that he has been secretly dating Kristin Cavallari and meeting up with recently single Jessica Simspon too. John twittered a handful of kinda gross jokes denying involvement with Kristin and didn't acknowledge the stories about his ex. No matter how sleazy his love life may sound at times, he still has his handsome moments when he's not making any sort of scene. 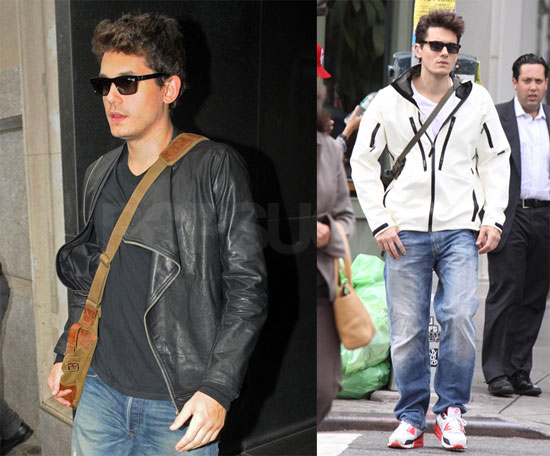 Eye Candy
How Long Is Too Long to Stare at These John David Washington Photos? Asking For a Friend
by Monica Sisavat 2/05