John Mayer was bundled up as he headed towards the gym in NYC yesterday. He took a few days off from the stage for Thanksgiving while his album performed well on the charts, and of course the whole time he never skipped a beat on Twitter. He commented on the Tiger Woods situation, joked around with followers and took credit for the unseen Marilyn Monroe footage. John was also spotted on Monday during a late night out with Lindsay Lohan who had a message for him in the morning. He may, apparently, have been trying to orchestrate a reunion between LL and Samantha. He'll be back in his element performing again this weekend and is also looking for fans to attend an intimate VH1 taping on December 10. 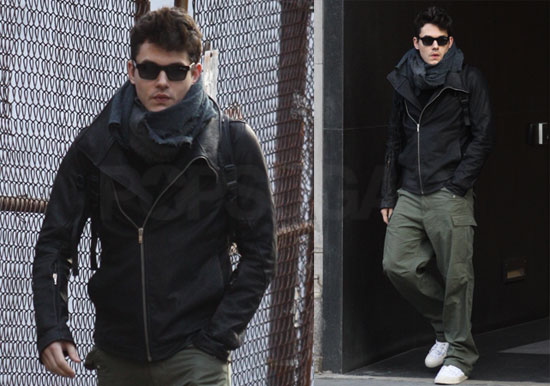 For more photos of John in SoHo just read more.