John Mayer joined a friend at Roger Room in LA on Monday night before staying up late to finish the album art for his upcoming Battle Studies. Many of you are loving his first single, "Who Says," so all John's hard work seems to be worth it. His personal life still manages to be a topic of conversation — thanks to Kristin Cavallari, who recently addressed rumors about their relationship by saying she actually turned John down. He doesn't seem too broken up about her admission, as he later joked about Kristin's diss with Mindy Kaling on Twitter. 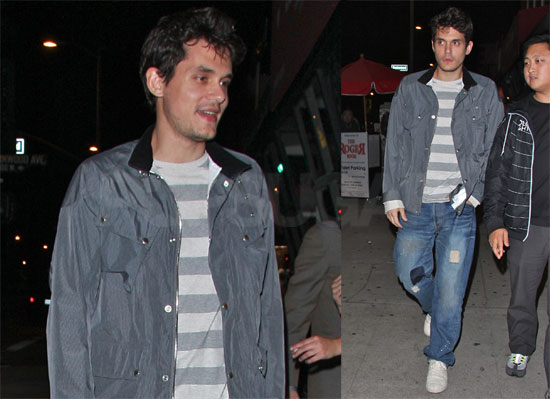