Johnny Depp donned multiple layers while on the set of a music video for the band Babybird in Herts, UK, on Tuesday. He was working alongside the lead singer Stephen Jones and Johnny's Public Enemies costar Stephen Graham. Next up for Johnny was supposed to be a fourth installment of Pirates of the Caribbean, but after Disney studio chief Dick Cook resigned last week, Johnny said he was losing enthusiasm in doing the movie. Orlando Bloom has already reportedly passed on the project, so it sounds like they might be looking for some new manjoyable actors to try on the iconic pirate gear. 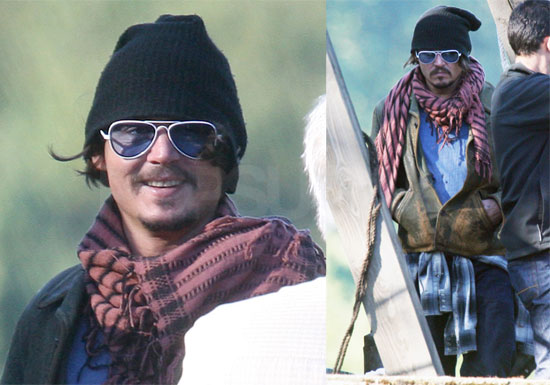 To see more photos of Depp in the UK, just read more.