Johnny Depp's Serbian adventure continued yesterday with the unveiling of a nearly life-sized statue of him in the village of Drvengrad, which was created by director Emir Kusturica for one of his films. The effigy's debut is one of the centerpieces of Belgrade's Kustendorf Film and Art Festival, though Johnny kicked off his tour of the country with some politics — he and Emir met with president Boris Tadic shortly after Johnny's arrival on Tuesday. Johnny's starting awards season with many accolades for his long career, though it's his next project that's in the news. The Tourist, in which Johnny will star alongside Angelina Jolie, is officially set to be directed by The Lives of Others's Florian Henckel von Donnersmarck. 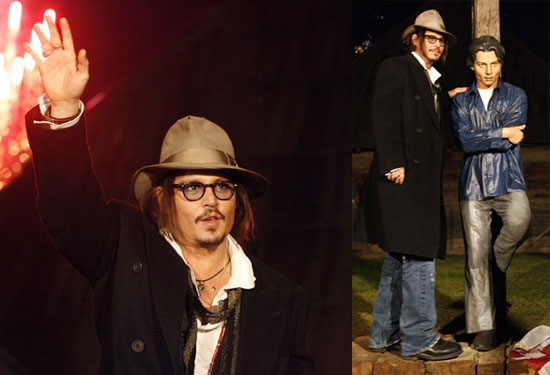