Johnny Depp made his way out of the Plaza Athenee hotel in Paris on Saturday. He arrived there last week for a premiere of Public Enemies, following his screenings in LA and London. His movie came in third at the weekend box office, which beat projections, and now that Johnny's home in France he can switch his focus from promoting his film back to his family. 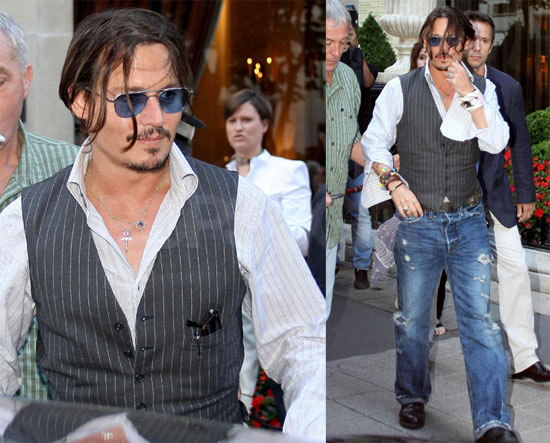