Johnny Depp stopped to say hello to fans on his way into the Tokyo premiere of Public Enemies yesterday. He's been making the promotional rounds for his film since arriving in Japan earlier this week, with a press conference before the big screening. Johnny's had a quite a year since being named the Sexiest Man Alive for the second time and has a full schedule of projects and premieres to take him through 2010 and beyond. 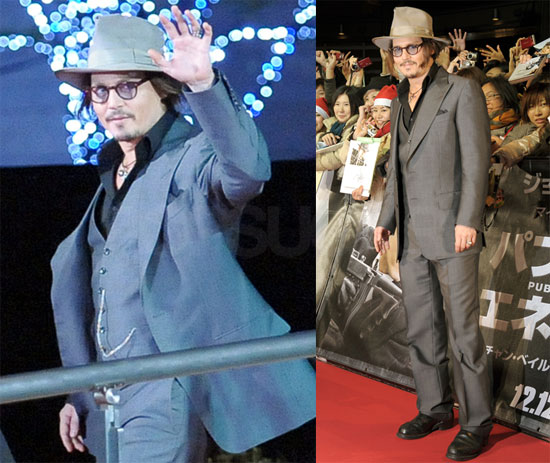