Fergie and Josh Duhamel spent yesterday getting massages together before heading to pick out a Christmas tree. The two are putting up a united front after some difficult rumors, but it looks like they're happily finishing out their first year of marriage. Josh joined Fergs on the Nine LA premiere red carpet on Wednesday after he spent the last month filming The Romantics in NY. Fergie and Josh's wedding was one of your favorites of 2009 and it looks like they're going strong into 2010 and spending their holidays together as newlyweds. 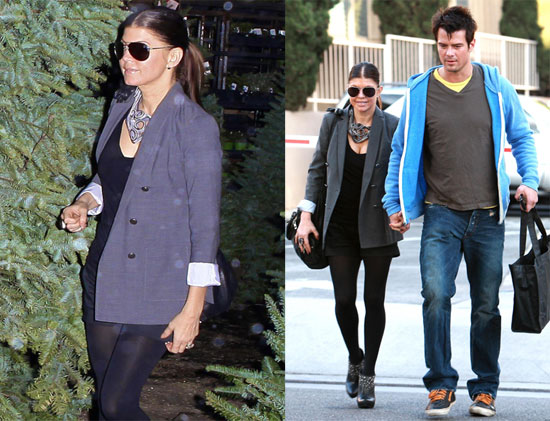 To see more of Fergie and Josh just read more.